Our Associate Artist, Lee Mattinson, is spending the week 5 - 9 December 2022 developing his new play, 'Steel', at the National Theatre Studio.

Discover more about the vigorous process a script undergoes before it is ready for the first day of rehearsals: in his daily blog, writer Lee takes us through his journey…

Lee is joined in his week-long process by our Artistic Director, Liz Stevenson. 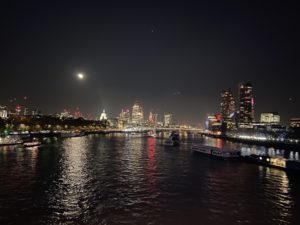 There’s a flavour of The Famous Five about the train home tonight – having spent the past week with Liz, Kieran, Jordan and Akshay, I felt we had the potential for many more adventures. But as swift as we were thrust together, we’re all zooming back to our respective corners of the country.

With the final day on the cards, we met early doors to decide two things – what we’d learnt from the week and the agenda for the next eight hours. We spent the morning ditching the script and exploring the play’s landscape, solely physically. Jordan and Akshay told us it’s story with zero words (and incredible accuracy given the minimal time they’d had), observing the playfulness of our narrators, their shifting dynamics as secondary characters entered and left the space and the role of proximity and intimacy. 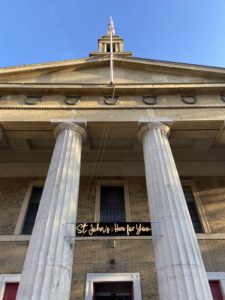 We opted for a short sweep (only 2 ½ pages) directly after the midpoint when all seems lost and the pressure can only increase. It begins outside a church at the heart of the town – St. John’s – with a speech from Ted, the Allerdale trade union spokesperson and former General Secretary for the Iron and Steel Trades Confederation. Like a Workington Harold Wilson, he addresses the town with a rousing speech of seemingly empty platitudes but one which incites a witch hunt – catapulting James out into the strangest night of his life.

And this was the reason we chose the scene – it allowed us to interrogate the building blocks of physicality we’ll adopt in the show and how we might move between them as James jostles, listens, roams, runs, rages, bolts and dodges his way through one graveyard, sixteen streets, one Tesco Extra and a partridge in a pear tree. 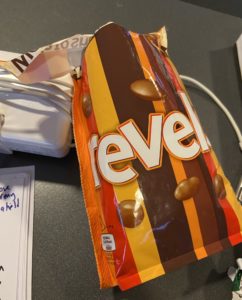 We ended the day with some meal deal choreography and a magical Drag King T-Bird heading West, with sharing a bag of Revels (which feature heavily in the play) and a sentence or two from each of us about the last five days. I’ll leave you with mine, which was an inarticulate version of…

“I started off writing a very different play to the one we’ve found. But could only have reached somewhere so deeply personal by starting somewhere so deeply not. I’ve always needed to express the ideas in this play – in many ways, it’s sat buried in me for decades – and this week they were finally aired.”

Thanks for reading and hope to see you, the play and you-seeing-the-play soon. 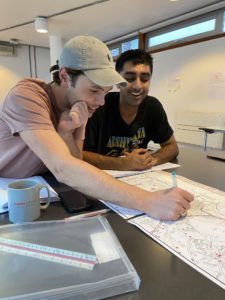 Today we went a bit ‘Whose Line Is It Anyway?” on the play and dabbled with improv. We took our list of provocations from yesterday and put them on their feet, in the space, in the mouths and brains of James and Kamran.

What emerged was a delight…

The work we’ve done in the past few days has allowed Jordan and Akshay to truly inhabit the characters – making quick, wild and wonderful decisions on their behalf. They took the first five minutes of the script, re-imagining it as co-authors of the narrative and found gold aplenty. We established a short cut in its form that not only drove the story forward but galvanized their relationship as rich and deep in the ease and familiarity of their behaviour.

The actors also managed to conjure up some dynamite new lines, which – like a Cumbrian Magpie – I couldn’t snatch at quick enough.

The afternoon brought a timeline exercise. ‘Steel’ happens over a chaotic four hours during which James and Kamran race across the entirety of Workington. I’d placed time stamps throughout the play to offer a clear idea of when and where we are to the audience. But we wanted to know what this looked like in reality and whether the energy of each beat of their journey was in conversation or opposition with the next. 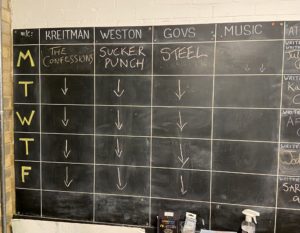 We tracked the constellation of their evening on a map and used our timeline to view the play as a piece of music – asking where were its crescendos, it’s saxophone solos, it’s arias and climactic swell. We then used this to interrogate the emotional journey of each character and decide if the map of their inner world matched the outer – is it possible to achieve the charged journey they do in just four hours? Is the brevity of that final scene a slither too bare? And in a night littered with overdue conversations, is there any one missing?

As if that wasn’t enough, we tied off the prize of a day with a conversation about economics, who owns what, values, morals and a pirate from the eighteenth century said to own 77 acres of Manhattan (Robert Edwards – Google him – it’s crackers). I’m already feeling the pang of the end of the week but with eight fat hours of one whole day left, there’s still time to find an idea that makes or breaks everything…gulp. 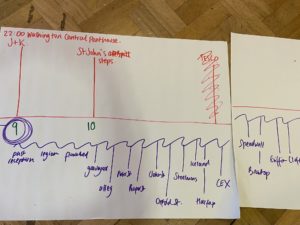 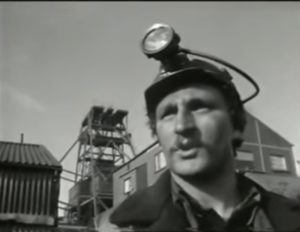 Cumbria got real today when we looked at the dreaded F Word – not Freddy Krueger, Fireworks or Frizington – but form.

Form refers to the way in which you are telling the story of the play (you knew that.)

Sometimes the form will be clear from the second the idea pops into your head – ‘it’s a one man show in which a man talks directly to the audience about his collection of hats from worst to best hat.’

Other times, the form won’t immediately present itself – ‘it’s about a failing theatre company trying to produce Hamlet on Ice and the action might cut between the rehearsal rink and their breathtaking final production.’

Now and again, the form will be nought but a glimmer in the distant distance – ‘it’s about a time-travelling Nun who accidentally deletes the Bible from the Vatican’s hard drive and consequently all the Bibles in existence cease to exist so she’s required to re-write it from scratch from memory with nothing but the ghost of St Francis of Assisi and the Pope’s private time machine to help…plus it’s a musical…which we find out was a dream…a dream being had by a robot…in France…in Space…in 1725…and it’s Halloween.’ 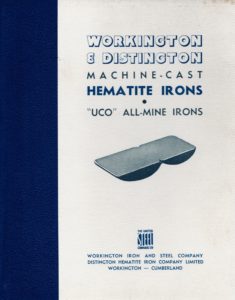 The form of ‘Steel’ isn’t quite as complicated (or thrilling) as ‘Sister Deborah and the Dinosaurs’ but it is a brain-scratcher. As it stood at the start of today the form was:

James tells us the story of the night London came to Workington with his best friend Kamran playing all the other characters.

The problem was that Kamran became a prop – albeit a versatile and entertaining one – with much less agency that James. It’s as much Kamran’s story as James’ but the form inherently weakened his status. With James orchestrating the narrative, the form gave him a ‘get out of jail free’ card – if it all gets too much he could simply tell us a different bit of the story.

So the problem we faced post-lunch was, is it possible for the lads to share the storytelling? It’s more equitable, it’s fairer, it allows them to hold one another accountable to the authenticity of what really happened that night. But it’s a very different framework to hang our story from and requires some considerable unpacking, improvising and playing.

But then that’s what this week is for – making everything earn its place – from the character intentions to their flaws and even their names. What’s the best way in which we can tell this story to have maximum impact for an audience…to the types of lads it’s about…who by seeing themselves on a stage might ignite their own sense of agency. 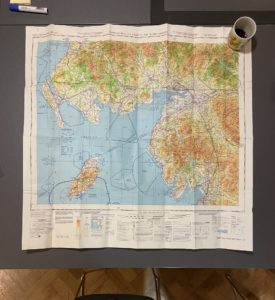 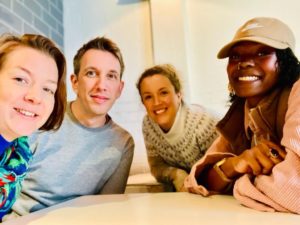 Tuesday started with an Associate Artist breakfast – I can recommend it as the perfect start to any day – with fellow AA’s Louie Whitemore and Melina Barnett. After months of zoom meetings, ideas storms and online skill sharing, it was lush to meet Louie and Melina in 3D for the first time, and I’m confident we put most of the theatre world to rights in ninety minutes, two omelettes and a dollop of brown sauce.

The day on ‘Steel’ began with some gorgeous work from our Movement Director extraordinaire – Kieran Sheehan – who sought to capture the quality of steel through a physical movement language. We began to unpack the key metaphors of the play – the fluidity of sexuality vs the solidity of toxic masculinity. We explored the societal expectations of West Cumbrian lads from fathers still shell-shocked by the absence on industry, and planted these ideas in the bones of the boys to see how they might move. 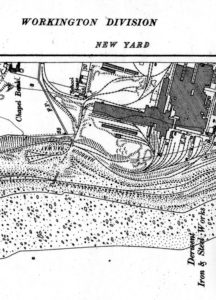 After burritos for lunch and a trifle analogy from Liz I’m not allowed to share we dived back into some line work – interrogating the play on a moment-by-moment basis to see what landed, what didn’t and what quite literally made zero sense. And the script (for the most part) stood it’s ground – even the exploding Seagull bit I stole straight from my Dad’s mouth.

A lot happens in Act 2 (as it should), James’ hero’s journey takes him on a technicoloured detour of the town (no spoilers) and moments from Act 1 are counterpointed with an alternative vision of a world he thinks he knows. We took our own detour into a meaty conversation about queer literacy and cultural currency which resulted in many more notes than the play is long – a wealth of ideas on which Draft 4 will be built.

And that was Tuesday.

I ended the day (deservedly so) eating an entire selection box in six minutes and for that I refuse to apologise. Come back tomorrow when, rumour has it, we’ll be getting the play on it’s feet, testing the tensile strength of it’s form and I may or may not have Double-Decker-induced fatigue. 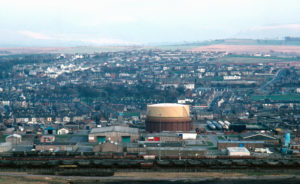 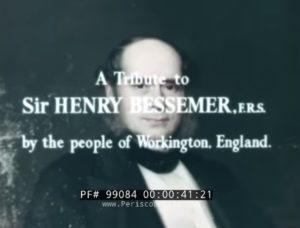 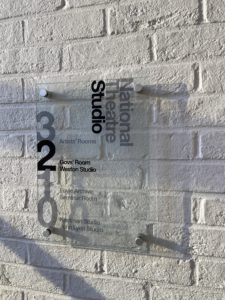 It’s disgustingly early by anyone’s standards – 5.26am – and I’m on the train from Newcastle to London. By 10am I’ll be at the National Theatre Studio for a development week on my new play for Theatre By The Lake – ‘Steel.’

Since everything I know about the play will be torn-up, torched and reimagined by my train home on Friday, I thought I’d start with what I know now – watching the sun sneak up over Durham Cathedral and already two too many coffees in:

There will now be a 14 hour interval while I go and hear it read aloud for the first time, decide it’s worthless, I’m worthless and sell my hands for scrap. 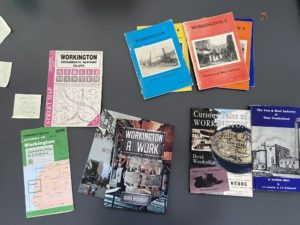 I’m disgustingly exhausted by anyone’s standards – it’s 7.34pm – and I’m sat in my Air BnB having complimented my host on the green Diplodocus she’s painted up her living room wall and offered her notes on her Radio Drama.

Today was surreal. Seeing James and Kamran (Jordan Tweddle and Akshay Shah) was akin to meeting two pen pals I’ve only ever experienced on paper. But they were just as I imagined – James as mischievous, Kamran as wise – and as stupidly seventeen as they were beautifully seventeen.

We read the play, unraveled the play, identified its Acts, it’s knots and the Milky Bar Kid joke that was wasted on everyone except me. I realised it’s as full of holes as it is of heart but confident we’ve pulled together the best room of people to fix it.

Check back tomorrow to see if I’m right, how many more typos we can unearth and whether we decide it’s pronounced Scaar-fell or Score-fell Pike. 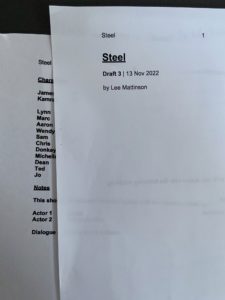