Bronia Housman on all things Design

Bronia is the designer on The Borrowers, we caught up with her while she was here and discovered there is a borrower culture.

In February 2020 and then the world changed.  We started work on it properly again in June this year, so it had a long lead in. I’d got to the point of reading the source material and pondering over the story, but we hadn’t really started designing it until my contract started.

I saw The Borrowers on stage several years ago in the Tobacco Factory, in Bristol where I live. It was directed by one of my colleagues who I now work with at the Bristol Old Vic Theatre School. I had two other source materials, Heath Robinson who makes machines that are tied together, like a Wallace and Gromit feel or a Ruth Goldberg machine, that kind of cobbled together kind of look. Then I looked at William Morris, so those were my influences a sort of William Morris Heath Robinson mash-up. We wanted climbing frame structures, and I wanted them to feel like they were the kind of structures that live behind the skirting boards and are cobbled together by a borrower out of whatever they found. I wanted the structures to be ever present throughout the story, but they also allowed me to create the scenes where Pod is climbing the curtain. 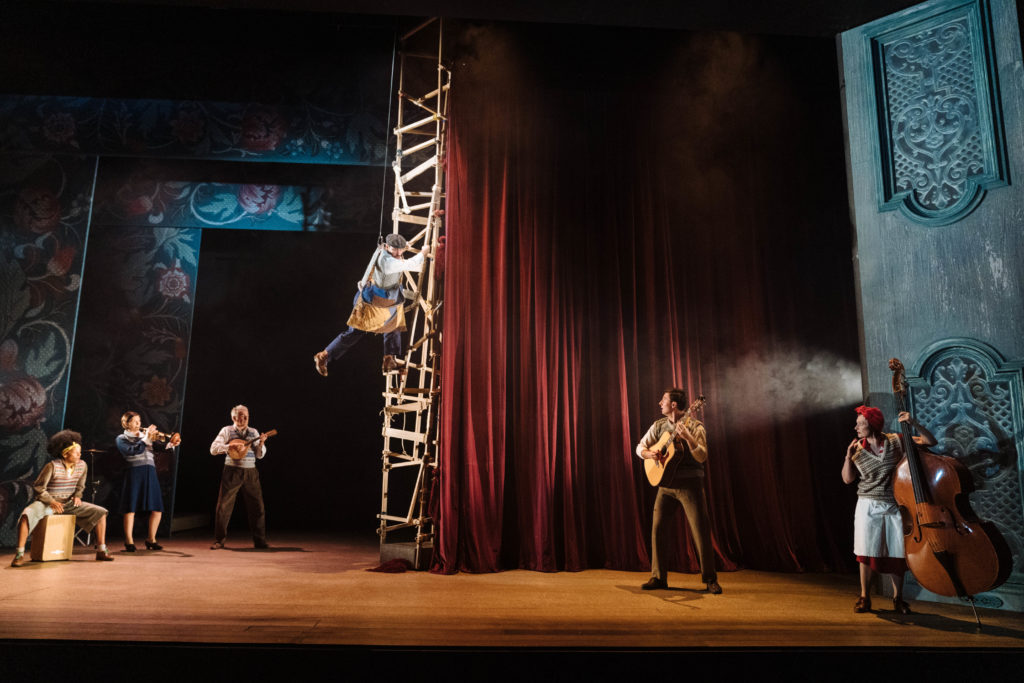 THE BORROWERS by Mary Norton, www.helenmurrayphotos.com

We knew that we needed that establishing moment of the play, we knew that the borrows weren’t going to be puppets throughout the play, but we knew we needed something to really establish what size they were in comparison to a human, a sense of the scale. But that first scene I don’t think would’ve held just with a puppet and a boy, so we decided to have the puppet and the actor in at the same time. Then it was working out how to do that sequence so the audience could see that they were seeing Pod twice, once in his scale as a puppet and once as an actor. So, it was a case of trying to replicate those moves in tandem with both human and puppet. We worked closely with the puppet maker (Marc Parrett) so we could be very specific about the puppet and the actor being dressed in the same blue coat, so you’ve got that parallel. It’s interesting because we were clear about that but then the issue we hit is we realised that quite often your puppeteer would be dressed quite contrasting to your puppet so that your puppet stands out. If your puppeteer is dressed exactly identical to the puppet you’ve then got to work out how you get your puppeteer to stand so that they’re not puppeteering straight in front of them otherwise the puppet gets lost.

Marc then designed the puppet, the mechanics and had free rein on what they would look like. He was a joy to work with and have in the room.  He watched a run when he delivered the puppets, and he laughed like a train. Then he sent me a lovely text message saying, ‘oh it’s a gorgeous show.’ 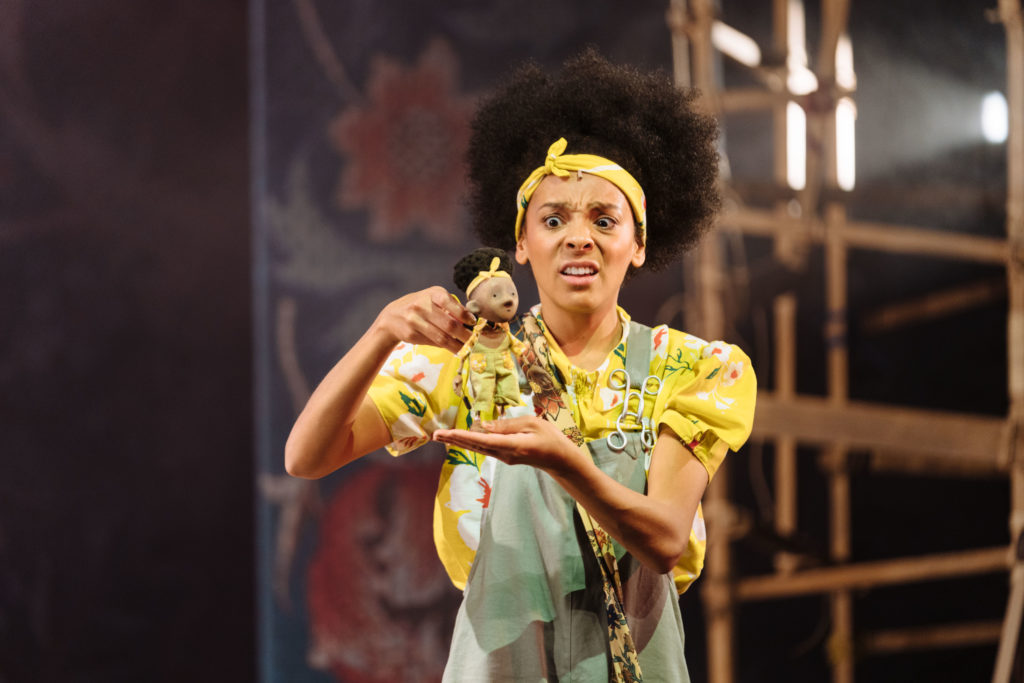 I think for me one of the joys of the borrowers is this playing with people with big objects and getting that scale right.  You can get quite obsessive about this but I think there is a joy in seeing someone holding after half a pair of scissors that goes from their shoulder to their knee. Once you’ve got that scale, what does that mean in Borrower culture?

I thought about borrower culture quite a lot, there was challenge of finding each of them an object that they were proud of.

So Pod has a button on his coat and Homily has a zip pull on her apron and Arrietty has a hook and eye on one side holding her dungarees up and on the other side a necklace clasp. I really enjoyed it. I didn’t want the borrowers to have normal buttons on their clothes but at some point you have to let some of that go because they are people who have to wear these clothes. But at the top of the Pods shirt, he’s got a tie rather than a button and where we’ve been able to the borrowers don’t have shirts that open all the way they just have a tie or ribbon.

It’s just taking most logical leaps and you can’t do everything, for example finding patterned fabric at scale is hard. I selected oversized patterns so with Arrietty’s flowers we knew we wanted a big scale flower pattern. In the end we bought bedsheets, so it was a lightweight cotton, so that it was wearable, but it had a big scale print on it. The same for Homily’s outfit, we used bedsheets and that was Gemma’s clever idea.  It’s making sense of it all, so you want to have the scale objects that make the people feel small but not just putting them in just for the sake of it. Why does Homily have a large zip pull on her waist?  We think that probably in borrower culture having human objects is a bit of a status symbol. We think maybe it was an anniversary present from Pod and she wears it proudly on her apron. 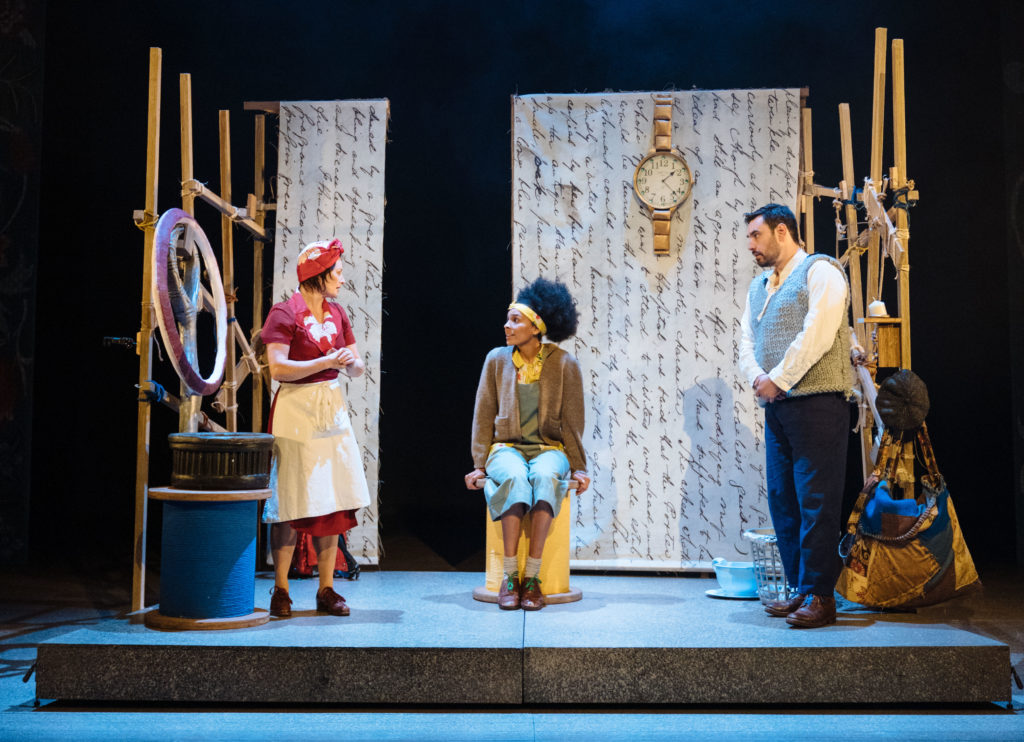 As a designer I started thinking about these characters long before the actors were selected. I have the characters drawings well before the actors start work and then on the first rehearsal I present them their drawings and what they look like. It’s not a fait accompli, because they’ve then got four weeks of rehearsal where they evolve and have to find their character and invest in it.

In a way the work I do is just a starter and then it becomes a conversation between us. 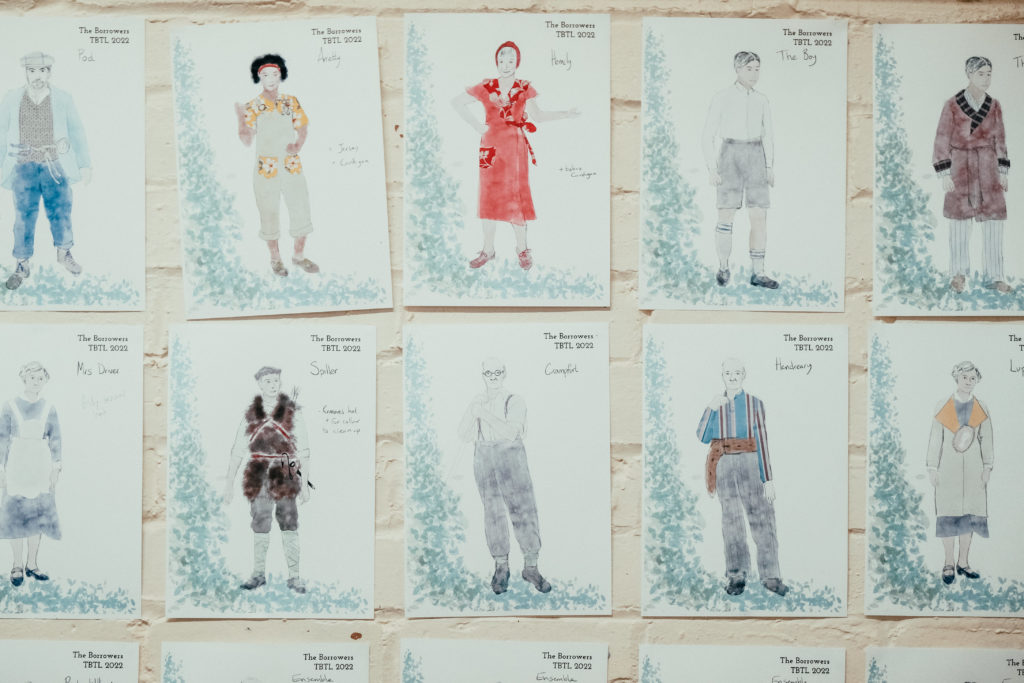 I did re-read Anne Frank’s diary and I found it interesting. I think having read the whole of Anne Frank’s diary the first half is akin to what Arrietty is going through and the second half of it Anne Frank is getting a bit older and there’s all sorts of concerns. I think a lot of the descriptions took on imagery which was useful to us. There are descriptions of the Frank family going into hiding and having to do it quite quickly. They had thought they had another couple of weeks and then something happened which meant they just had to hide. The description is of them wearing all their clothes on and a warm day and carrying it while trying to not look like they were going into hiding but taking as much stuff as they could. I think I went into thinking about that at the beginning of act two when they’re fleeing holding all this stuff, the important stuff that they didn’t want to leave behind.

Going back to the question ‘Is the Diary of Anne Frank a place to start for a Christmas show?’ – I think telling human stories adds depth to it. 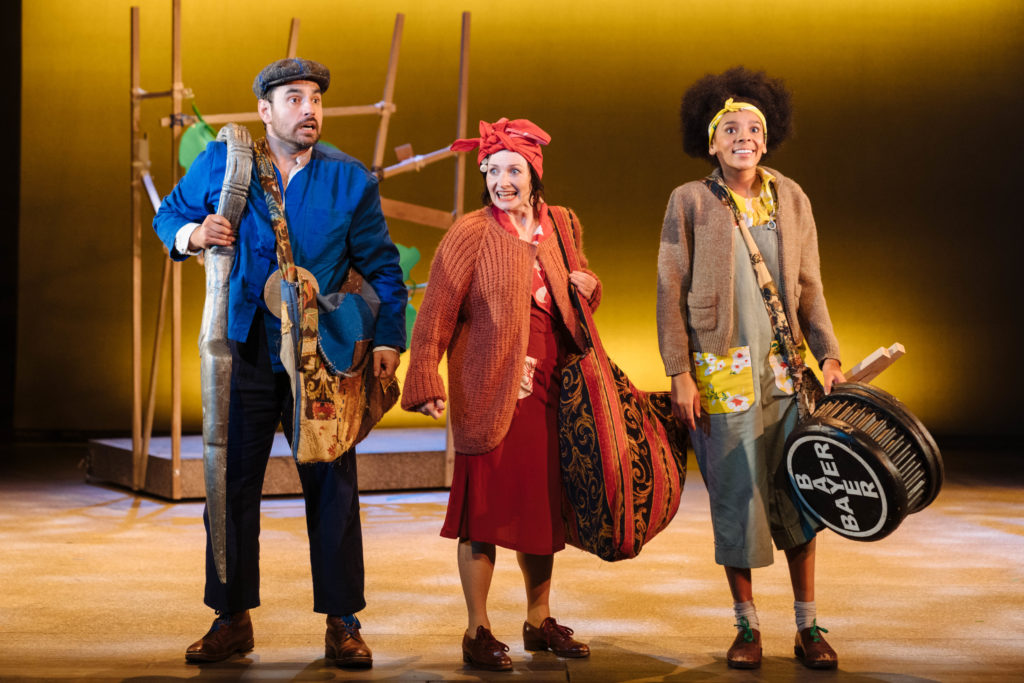 I watched it with my daughter next to me on Saturday, she and my husband came up from Bristol. It was lovely to watch it next to her as she giggled and squeezed my hand. I think seeing it with my eight-year-old next to me and seeing her investment in those characters and the magic of it works for a child.  She’s grown up with a theatre designer for a mum so it’s nothing special but she did get to meet the bee afterwards so there are some benefits.

You get a moment of going oh yes this works for an eight-year-old! 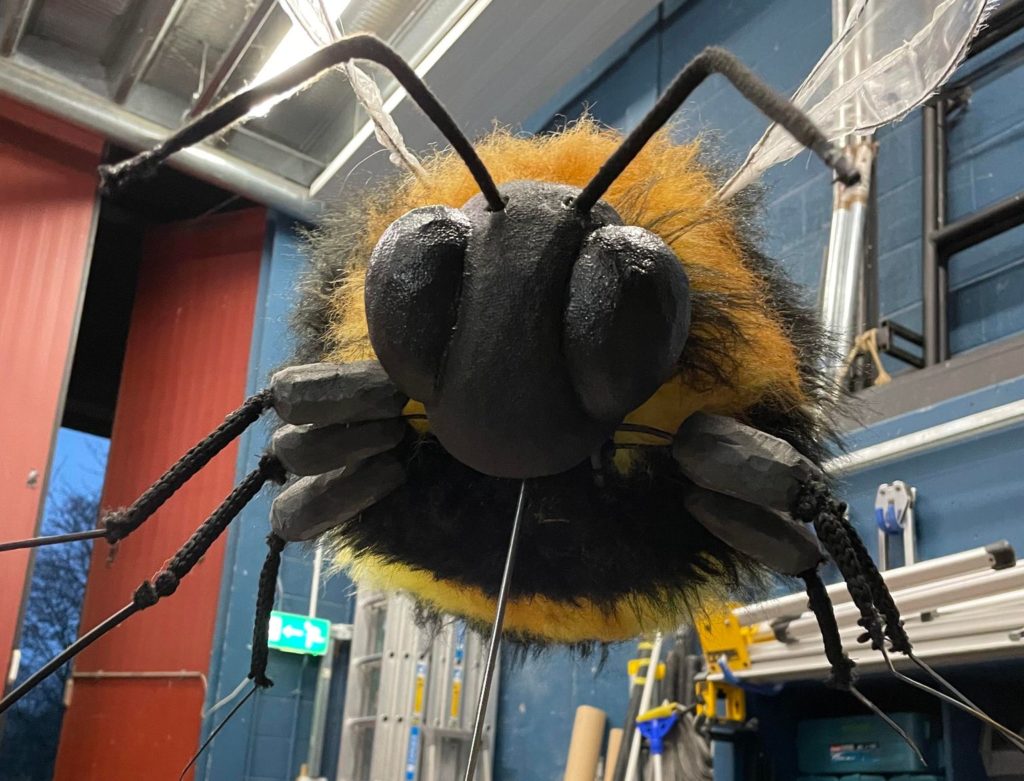